Business challenges
How We Can Help

Providing you with accurate, jargon-free financial and accounting advice and guidance

We continue to work, both from the office and remotely, for the benefit of clients. Our offices are open, by appointment only, for the delivery or collection of books, records and information. You can contact us by emailing info@crozierjones.co.uk.

When you come to us for advice, we’ll focus on providing exactly the right service for you and your business. Are you…

If you answered yes (even if it was just once) we’d like to meet you!

More about us Get in Touch

How We Can Help

We offer an extensive range of services, which ensures you have access to highly relevant knowledge and resources, wherever your objectives and challenges lie.

Our personalised approach to doing business underpins all our services. When you come to us for advice, we hope you’ll notice how we focus on providing exactly the right service for you and your business. Service that’s tailored precisely to your needs.

Subscribe to our newsletter to receive the latest industry and company news.

Subscribe
Private sector off-payroll reforms given go ahead for April 2021
The introduction of off-payroll rules to the private sector will go ahead as planned next April after an attempt to delay them failed in the House of Commons. The reforms of the off-payroll rules to the private sector, which are known as IR35 and have applied to the public sector since 2017, was reviewed earlier this year. They will shift the responsibility for assessing employment status to the organisations employing individuals. The rules would have applied to contractors working for medium and large organisations in the private sector and were due to come into effect on 6 April this year. Due to the disruption caused by the outbreak of the coronavirus, the decision was taken in March to delay the introduction until 6 April 2021. An amendment to the Finance Bill, brought by a cross-party group of MPs, was designed to delay the IR35 changes until 2023, but was defeated by 317 votes to 254. The move to introduce new IR35 rules to the private sector has proved highly controversial, amid claims that the regulations are too complex and that HMRC's online tool Check Employment Status for Tax (CEST), used to determine whether they apply, is flawed. Internet link: Parliament website.
See all News ›
Summer Economic Update
On 8 July 2020, the Chancellor Rishi Sunak made a speech entitled “Summer Economic Update” where he unveiled further Government supports and he unveiled the Government’s plan for jobs which he described as the “Second phase in in the Government’s economic response to the crisis.” Here are the highlights and we will update you on the details in the next few days as the Government publishes the specifics of the supports. The “Plan for Jobs” PDF can be seen: https://assets.publishing.service.gov.uk/government/uploads/system/uploads/attachment_data/file/898421/A_Plan_for_Jobs__Web_.pdf   Coronavirus Job Retention Scheme (CJRS) and Job retention Bonus The CJRS ends in October and the Chancellor looked to cushion expected redundancies with the announcement of a Job Retention Bonus (JRB). The new scheme will give employers £1,000 for each previously furloughed employee they retain and keep in employment until January 2021, as long as they are paid at least £520 a month. Further details of the scheme are expected later in July.   Kickstart Scheme and measures to help people find work In order to support people finding jobs, the Chancellor announced the Kickstart Scheme, which will provide £2 billion to support the creation of “high quality” six-month work placements for 16 to 24-year-olds on Universal Credit and at risk of long-term unemployment. The Government will provide employers that offer the placements funding equivalent to 100 per cent of the relevant level of the National Minimum Wage (NMW) for 25 hours a week. It will also cover the associated Employer NICs and minimum automatic enrolment pension contributions. Rishi Sunak also outlined additional measures, including funding for traineeships and employers that hire new apprentices, as well as funding for several careers and job-finding programmes. The apprenticeships funding will provide £2,000 to employers in England for every apprentice hired under the age of 25 and £1,500 for each newly hired apprentice aged 25 or older. This funding is in addition to schemes already in place to support employers in taking on apprentices.   Value Added Tax reduced rate for hospitality and tourism sectors The Chancellor outlined a VAT rate cut for the Hospitality and Tourism sectors from 20% to 5%. The measures relate specifically to food and non-alcoholic drinks and to accommodation and admission to attractions, with further details expected to be published later. The VAT rate change comes into effect on Wednesday 15 July 2020 and will be in place temporarily until 12 January 2021.   Eat Out to Help Out The “Eat Out to Help Out” scheme will provide a discount of 50 per cent of up to £10 a person on eat-in meals, including non-alcoholic drinks, at participating establishments on Mondays, Tuesdays and Wednesdays for the month of August. Restaurants, cafes and pubs can sign-up for the scheme on a new website on Monday 13 July 2020.   Stamp Duty Land Tax holiday There is a temporary cut in residential Stamp Duty Land Tax (SDLT) from 8 July 2020 by raising the nil-rate band from £125,000 to £500,000 until 31 March 2021. The Treasury estimates that, as a consequence, around nine in 10 people buying a main residence will pay no SDLT. If you purchase a residential property between 8 July 2020 to 31 March 2021, you only start to pay SDLT on the amount that you pay for the property above £500,000. These rates apply whether you are buying your first home or have owned property before. The 3% higher rate for purchases of additional dwellings still applies on top of revised standard rates above for the period 8 July 2020 to 31 March 2021. Further details can be found on SDLT changes here: https://www.gov.uk/guidance/stamp-duty-land-tax-temporary-reduced-rates   Contact Us We will keep you up to date with these and other measures as the Government releases further details. Please talk to us if you need any help during this time.
See all Blogs ›

Find a wealth of guides & fact sheets on financial, tax and business information

A number of easy to use calculators, these will help you to check and plan your finances

Find topical and current information on finance and tax 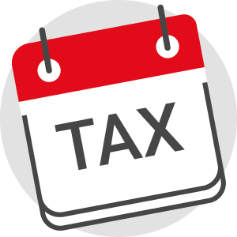